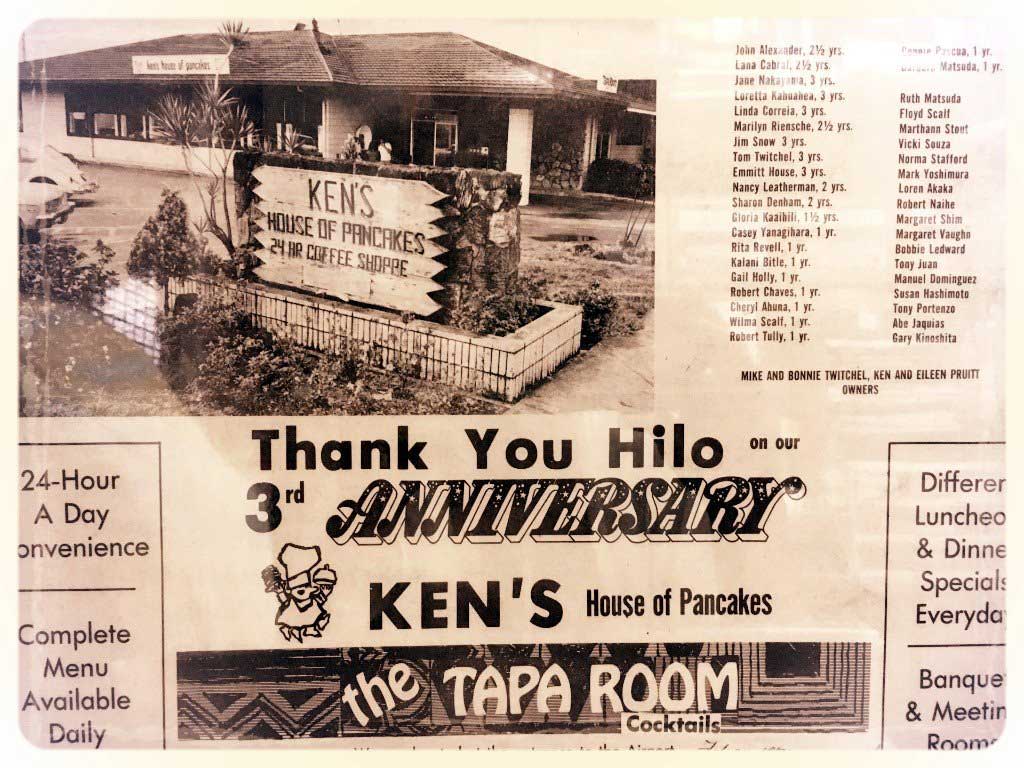 Ken’s House of Pancakes opened its doors in 1971 under the joint ownership of Ken Pruitt and Bonnie Twitchell. It became the first, and only 24-hour business on the East-side of the Big Island. Success soon followed the opening, with the appeal of being able to sit down and eat at any time of day or night! Also aiding in the success of the restaurant was the attached Tapa Room Cocktail Lounge, allowing adults to unwind with a tasty cocktail before, during, and after dinner.

In 1990, there were discussions of the possibility of putting the well-known eatery up for sale. It was on a golf course in Honolulu where Lindberg Ching discovered this information. It just so happened that one of his golfing buddies was also Bonnie Twitchell’s realtor. Realizing that this was an opportunity that he could not pass up, he and his wife, Frances Ching, made the decision to purchase the iconic restaurant. He then enlisted his daughter, Debra Ching-Maiava and Ric Maiava, to move to Hilo and manage the budding business. 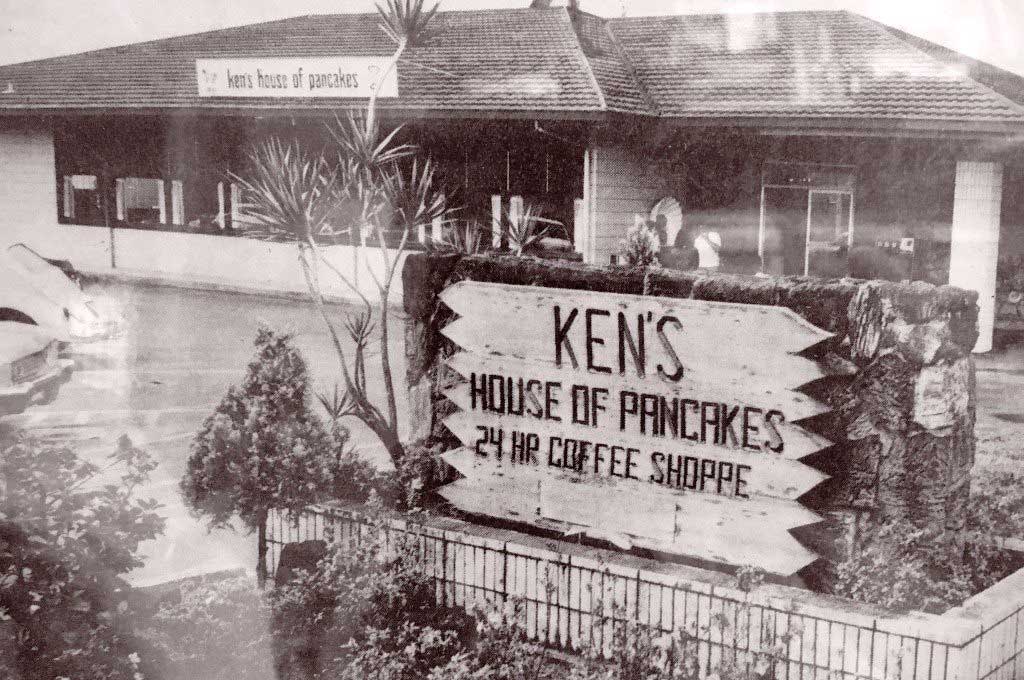 The employees were taken aback by the sudden change of administration, but all were offered the chance to maintain their current positions at Ken’s. With new bosses came fresh modifications to an already booming industry. The Chings decided to convert the Tapa Room to incorporate more seating for diners. They also put a new roof on the building and increased the menu dramatically. Eventually, the Ken’s logo, and the roof and road signs also got a modernized update.

Nowadays, Ken’s House of Pancakes is still owned by the Ching Family. It is still managed by Debra and Ric, and is still pumping out delicious meals including pancakes, burgers, fries, omelets, milkshakes, and other local favorites. It’s the good food, great staff and awesome community that keeps this place going. Ken’s is, was, and will continue to be a mainstay not just in Hilo, but throughout the entire Big Island.

Got a BIG appetite? Go with the Sumo Size Saimin and Sumo Size Loco Mocos!